MISSION: The Jordan Avi Ogman Foundation’s mission is to save Jordan’s life, who was diagnosed with TECPR2, a fatal, neurodegenerative, debilitating, genetic disease.

Saving the lives of Jordan and the other children with TECPR2 can potentially lead to lifesaving breakthroughs for other neurodegenerative diseases of the brain. TECPR2 and many well-known neurodegenerative diseases of the brain—such as ALS, Parkinson’s disease, and Alzheimer’s—all are suspected to share a commonality of failure/impairment/abnormalities of the autophagy process. It is excruciatingly painful to know that there is an autophagy impairment occurring in our sweet 4 year old son's brain/ central nervous system.

JORDAN'S JOURNEY: Jordan was born in Boca Raton, Florida, on July 20, 2015.  Pregnancy was pretty blissful but we encountered difficulties hours after his birth. Despite being born at term, Jordan stayed seven nights in the NICU, clearing fluid from his lungs and showing us what a fighter he is. Aside from fighting off a few serious respiratory infections, Jordan’s first year was filled with lots of baby giggles and sheer joy as we watched him hit all milestones.

After Jordan’s first birthday, he didn’t continue hitting the usual milestones. While he never regressed, we found ourselves cheering on inchstones, not milestones. We sought early intervention services, including  physical therapy, occupational therapy, developmental and speech therapy. Jordan continued to make small gains, albeit at a much slower pace than this peers and without the same strength and ease that our daughter, Jordan’s older sister, progressed with. Despite doctors and therapists assuring us that every child develops at their own rate, as Jordan neared his second birthday, we knew in our hearts that Jordan’s developmental delay was not of benign origin, and that he would not catch up one day.

Thus we started down the path of trying to find the underlying cause of his delays. We consulted our pediatrician, a developmental pediatrician, several neurologists, an endocrinologist—the list of specialists goes on and on. Jordan underwent an MRI, EEG, microarray analysis, metabolic and other blood work, and specific genetic testing, all of which came back relatively normal. We so badly wanted to breathe a sigh of relief when the microarray analysis came back with the words “normal male chromosome,” but we knew our medical/special needs journey wasn’t over. Finally, we sought out a neurogeneticist, who agreed to run a whole exome sequence test. The test targets exons, which are the protein-coding regions of the human genome.

DIAGNOSIS DAY and ACTION: After waiting months for results of the whole exome sequencing DNA test, Diagnosis Day arrived. On September 17, 2019, at the age of 4 years old, Jordan was diagnosed with a rare and fatal neurodegenerative disease of the brain: TECPR2.

Immediately, after Diagnosis Day, we reached out to neurogeneticists and neurologists across the world seeking help and guidance. We then flew to Boston to confirm the diagnosis and to meet with a series of neurogeneticists, neurobiologists, and critical care physicians. We are not doctors, we are special needs parents, and what we have learned is nearly too excruciating to bear. Our son is dying and there is no available treatment or cure at this time for TECPR2. We were told to enjoy our time with our son and brace ourselves for decisions that will need to be made in the very near future, such as when to place him on a ventilator.

In the weeks after his diagnosis, despite feeling devastated and powerless, we took comfort in Jordan himself, and in the power of neuroplasticity: the brain’s ability to change and overcome that which is inborn. Cheerful and hardworking as ever, in addition to his daily therapies, Jordan completed two intensive therapy courses, in an effort to keep his body as strong as it can be to maintain his quality of life.

PROGRESSION OF THE DISEASE: Jordan rises to the occasion, time and time again, fighting every second of every day, for his ability to swallow, walk without falling, and articulate his thoughts and needs with his extremely limited ability to speak. TECPR2 has already robbed him of so much, including, but not limited to, cognitive ability and his ability to maintain balance and coordinate movements, both physical and verbal, leading to falling multiple times an hour and frustration due to speech delay. Despite the daily challenges Jordan faces from TECPR2, his smile and laugh continue to light up any room he enters. He is loving, kind, playful and beyond determined. However, doctors have described that in the near future, without a treatment/cure, TECPR2 progressive degeneration will rob Jordan of his winning personality and of any ability to walk, say words, meaningfully interact, and get enough oxygen while sleeping or awake leading to a rapid decline and premature death.

THE QUEST FOR THE CURE: THERE IS HOPE! We are beyond grateful for the partnership of University of Florida who is determined to find a treatment/cure for Jordan. We are not doctors, we are special needs parents, but we have learned that gene therapy is a logical and natural progression of the last 20 years of research in medical genetics and molecular biology. As this information has accumulated, it has become clear that virtually every disease has a genetic component. Thus, if the right gene is delivered to the right location in the body at the right time, there is a potential for significant improvements in the management and correction of many human diseases. Because essentially similar strategies can be applied to an extremely broad range of human diseases, the potential of gene therapy is considered to be extraordinary. It is our family's hope and firm belief that TECPR2 will be the next genetic disease amenable to gene therapy.

GOAL: The goal of the Jordan Avi Ogman Foundation is to raise awareness and funds for a treatment and cure for TECPR2, a rare and fatal disease. Jordan is a rare disease warrior who is determined, resilient, bright and just the sweetest and funniest little boy. We can’t and won’t lose him to TECPR2.

CALL TO ACTION:  We need your help to raise $2.5 million dollars immediately to have the University of Florida complete its' research and pursue the plan of action for a treatment/cure.

THE TIMELINE: This is a true race against the clock. This is a fatal disease so the time is now to join us in saving Jordan's life. 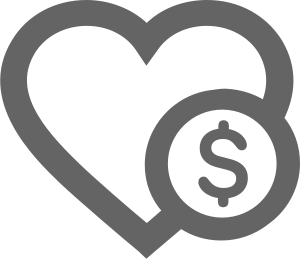